West Point Grey is one of Vancouver's older neighbourhoods, with many long-time residents. The area is known for two of the city's popular beaches, Jericho Beach and Spanish Banks. Both beaches are great for watching the sunset, over English Bay and the mountains. Point Grey Village serves as the area's shopping district, where many independently owned businesses contribute to a village-like atmosphere. West Point Grey runs along English Bay, between the University of British Columbia and Kitsilano.

The local Musqueam people lived here in the ancient village of Ee'yullmough and the earliest modern immigrants were attracted to the site as well. Spaniard Jose Narvaez and his crew rediscovered it in 1791 and named it Langara Point.

Dunbar-Southlands is a mature community of quiet, residential streets lined with grand old trees, serene parks, convenient Dunbar Village shopping area, and the lovely McCleery Golf Course. Dunbar-Southlands is home to the Musqueam First Nation land, as well as the unique urban country neighbourhood of Southlands. This area is in the southwestern section of the city, north of the Fraser River and east of the University of British Columbia and Pacific Spirit Regional Park.

Archaeological evidence indicates that native Indians inhabited the Southlands area as early as 400 B.C. The mouth of the Fraser provided abundant hunting and fishing grounds for coastal Salish Indians who settled in at least three locations: the Angus Lands, Celtic Island and the Musqueam Reserve area. In 1879, the Musqueam Reserve was formally dedicated and in 1892, Southlands became part of the newly incorporated District of South Vancouver.

The first settlers in Kerrisdale were the Irish McCleery brothers, who came to the area in 1867 to farm the meadows where the golf course now bearing their name is located. When the Steveston fish canneries began to flourish, a need for workers prompted the CPR to construct a railway from Vancouver to Lulu Island. The "Sockeye Special," as it was called, went through the heart of Kerrisdale, providing transportation for the first influx of people.

Kitsilano, known locally as Kits, is synonymous with famous Kits Beach—named one of the "top 10 best city beaches in the world" by international travel magazines, and perfect for outdoor fitness. Kitsilano is one of the city's organic-food hubs, and has extensive restaurants and retail along West 4th Avenue and West Broadway. Kitsilano runs along the south shore of English Bay, between popular Granville Island and Point Grey.

At the turn of the century, the area from Burrard to Alma Streets was a dense, wild-life-filled forest, in spite of earlier logging. A salmon canning factory at the foot of Macdonald Street was once unable to cope with the "hundreds of thousands of salmon" caught in 1900.

Downtown is Vancouver's primary business district, houses many arts, entertainment, and sports venues, and is close to several vibrant residential communities. A peninsula, Downtown is bounded by Burrard Inlet on the north, False Creek and the popular district of Yaletown to the south. The West End neighbourhood and world-famous Stanley Park are to the west, and the popular historic districts of Gastown, Chinatown, and Strathcona are to the east.

Just over a century ago, Vancouver was a two-block collection of buildings called Granville (now known as Gastown). This location on Burrard Inlet was competing to be the west coast terminus of the Canadian Pacific Railway. By 1887, a year after the City of Vancouver was incorporated, the first passenger train arrived at the foot of Howe Street, and future growth was assured. In the next seven years, a building boom began to move the city centre from Water and Cordova Streets up to Georgia and Granville Streets. Streetcar service was initiated in 1890, joining the waterfront to Granville, Pender and Cordova Streets.

The West End lies west of Downtown, and, on three sides, is bounded by water: English Bay, Coal Harbour, and Lost Lagoon in world-famous Stanley Park. Recreational amenities are within walking distance for residents of this high-density area. The West End includes Davie Village – traditionally a hub for the city's gay community – and Denman Street, which together provide local shopping and restaurants. This area also has high-end retail on Robson Street and Alberni Street.

The West End is located in the most densely populated, intensively active portion of the Lower Mainland. It shares the peninsula with the Downtown, Central Business District and Stanley Park. Until the turn of the century, the West End was only sparsely settled, due to its distance from the old Granville Townsite (Gastown). 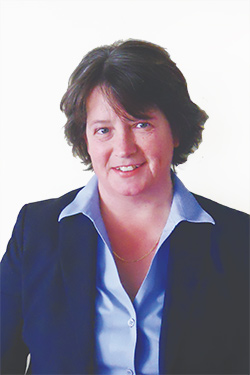